Mission are an English gothic rock band formed in 1986, after founders Wayne Hussey and Craig Adams left their previous band The Sisters of Mercy.

The band were initially known as The Sisterhood, but changed their name quite early. Aside from Hussey, the lineup has changed several times during the years

but remains iconic in its genre. The Mission have released ten studio albums to date and have announced a new tour kicking off in the fall of 2021.

To coincide with their tour, Music On Vinyl proudly presents the new Collected compilation album in collaboration with Universal Music.

Collected is a compilation featuring The Mission’s greatest songs so far and is a career- spanning 2LP featuring all their hit singles,

such as “Wasteland”, “Tower Of Strength”, “Butterfly On A Wheel” and “Deliverance”.

The limited edition of The Mission – Collected includes an exclusive third bonus LP, which won’t be included with the regular 2LP edition. The bonus LP includes

“Butterfly On A Wheel (The Magnificent Opus mix)” and “Deliverance (Sorcerer’s mix)”.

The 3LP edition of The Mission – Collected is now available as a limited edition of 2000 individually numbered copies and includes a 4 page insert with liner notes and photos.

SIDE A
1. SERPENTS KISS
2. GARDEN OF DELIGHT (HEREAFTER)
3. LIKE A HURRICANE
4. STAY WITH ME
5. WASTELAND
6. SEVERINA


SIDE B
1. TOWER OF STRENGTH
2. BEYOND THE PALE
3. KINGDOM COME
4. BUTTERFLY ON A WHEEL
5. DELIVERANCE
6. HANDS ACROSS THE OCEAN

SIDE E
1. LIKE A HURRICANE (EXTENDED VERSION)
2. WASTELAND (ANNIVERSARY MIX)
3. BEYOND THE PALE (ARMAGEDDON MIX)

One month to go until my special @RSDUK release 'Life's a Riot with Spy vs. Spy (30th Anniversary Edition)’ comes out.

You can get a copy exclusively from participating independent record shops on Sat 18 June: https://t.co/LgiCG8nUIt

One month to go until our 1st Birthday & the @RSDUK June Drop! There will be another batch of limited-edition releases which you can only get on Sat 18th June
Check out the list of exclusives and let us know which ones you’re after: https://t.co/sF5NfXwNmW #RSD22 #RecordStoreDay

ONE MONTH TO GO until the #RecordStoreDay June Drop!⏰

Some of the #RSD22 exclusive releases didn't quite make the April celebration but they will be hitting the racks of record shops on Saturday 18th June.

Take a look at our guide to the June releases: https://t.co/spyYN6lPKV 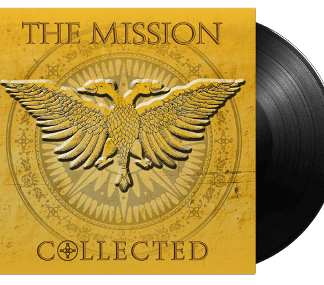 You're viewing: Collected £38.00
Add to basket
We use cookies on our website to give you the most relevant experience by remembering your preferences and repeat visits. By clicking “Accept All”, you consent to the use of ALL the cookies. However, you may visit "Cookie Settings" to provide a controlled consent.
Cookie SettingsAccept All
Manage consent

Record store day 2022 products are now available online! You can buy one copy per person of a large range of exclusive titles. Dismiss